What Are the Fault Detection of Terminal In Daily

If there is a failure of the terminal, it will directly affect the use of our. Want to terminal normal use will need our daily fault detection, specific testing places are what, Terminal Supplier to introduce for everyone specific.

2. Check the wire through and through

First remove the control computer ECU and sensor terminals on both sides, and then measure the resistance between the corresponding terminals. If the resistance value is not greater than 1 ohm, the wire is normal, so as to carry out the next check. When measuring the wire resistance, it is best to gently shake the wire in both vertical and horizontal directions to improve the accuracy of the measurement, and note that for most wire terminals, multimeter meter stick should be inserted from the back end of the connector, but for the waterproof type terminals equipped with a waterproof sleeve meter stick can not be inserted from the back end, because a little carelessness when inserted will make the terminal deformation.

First of all, the Terminals should be removed one by one, check the connector terminals have no rust touch and dirty, rust and dirt should be cleaned. Then check whether the terminal piece is loose or damaged, the terminal is fixed firmly, the terminal should be no loose phenomenon when gently pulling. Conversely, if the plug terminal in which a seat hole is pulled out than other seat hole is easy, the seat hole may cause poor contact failure in use.

I hope the above introduction to help you, in addition the company also provides Brass Terminal Blocks, if you need, please feel free to contact us! 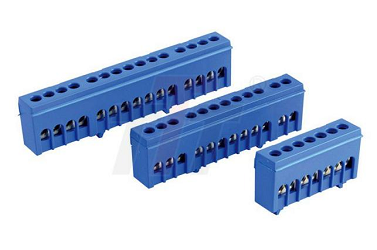