Talking About The Use Environment of Terminal Blocks

Wiring terminal is a kind of connector, which came into being to facilitate wire connection. Usually composed of insulating parts, conductive parts, solder feet, etc., for spring-type terminals, there are also shrapnel. The terminal block is a technological design. The Terminal Supplier recommends to consider using it in the following situations:

1. The wire at this position needs to be frequently disassembled and assembled due to factors such as debugging and maintenance. For example, two wires need to be connected sometimes, and sometimes they need to be disconnected. At this time, they can be connected with terminals and disconnected at any time without welding or twisting them together, which is very convenient and quick.

3. The same potential point needs to be connected with a larger number of wires. There are holes at both ends of the terminals to insert wires, screws are used for fastening or loosening, and are suitable for a large number of wire interconnections. In the power industry, there are special terminal blocks and terminal boxes, which are covered with terminal blocks and single-layered. , Double-layer, current, voltage, ordinary, breakable, etc.

4. The wire diameter is large and it is inconvenient to connect with the screw terminal. The pluggable terminal block is connected by a crimping frame, which can be connected to a large wire diameter and protects the wire from damage.

5. The current is large, and the contact area of the electrical connection needs to be increased. TB series high-current terminal blocks can meet the needs of larger current connections.

It has been nearly a hundred years since the invention of the terminal block. From the earliest combined terminal to the various plug-in, direct-welding, fence, spring-type terminals and even bare terminals and Brass Terminal Blocks, in the field of connectors A complete electrical interface technology system has been formed. Its scope of use has also been expanded to many fields, such as rail transit, security lighting, elevator power control, medical equipment, and many other situations. In view of the convenient installation and stable electrical performance of the terminal block, it is gradually gaining the trust of more customers. 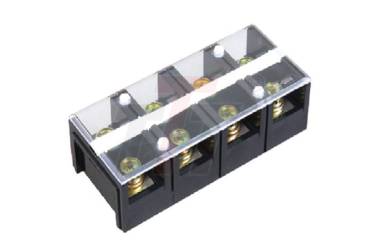 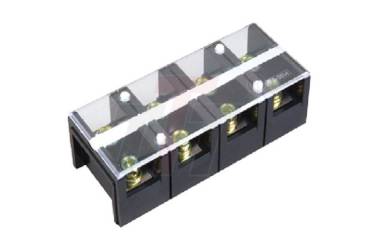